Traditionally, your physician will offer you treatments and medications that have been a subject of numerous “gold standard” studies from a wide range of medical facilities and researchers. For medical marijuana, this approach has not been available because of the legal status of marijuana as a highly restricted Schedule One narcotic has made wide-scale research difficult and the absence of research sponsored by pharmaceutical companies. The general opinion is that the potential for medical marijuana seems great, but we, patients and physicians, have a lot to learn.

In effect, the state of medical marijuana might be considered to be a highly regulated – but open source – experiment in the use of marijuana’s components, primarily CBD and THC, in a wide array of maladies.

Your experience with medical marijuana is obviously important to you, but it is also vitally important to others. Read any number of blog posts and Facebook posting to realize that we are in the data gathering period of a drug with vastly different responses for individual to individual.  What works for one patient, doesn’t work for another or many others.

Another issue with medical marijuana is the whole concept of the production, processing, and packaging of herbal medications. It is well known that not only can packaging be inaccurate, but there is a wide variability in the content based on active chemicals produced by any strain, individual plant, and processing. What you see on the label may not be what you are getting.

One of the more complex concepts to grasp with medical marijuana or any other drug is the “placebo effect” where patients not given any drug at all get better.  Some might see this as a weakness for the drug being study, but there is a more intriguing idea.   Could the mindset of the patient receiving drugs and the setting in which those drugs are used be important, or more even important, as the drug itself.  In some studies, the “placebo effect” is seen in 40% of subjects in medical marijuana patients.   Is there something more important than the drug itself?  Quite probably so and your success may be significantly based on addressing the issues of mindset and setting.

For these reasons, there are three questions to ask your physician about using medical marijuana:

In the minds of many, the use of medical marijuana has been based on the simple obtaining of card permitting its use. In reality, the understanding of the effectiveness of marijuana is in its infancy. It is convenient for some to see marijuana’s prohibition as being based on misconceptions and politics from long ago or a scheme by pharmaceutical companies and alcohol interests to preserve their profits be depriving the public of using a cheaper and safer drug.  Believe what you will, but remember, marijuana is an herbal medication that has all the advantages and limitations of any herbal medication.

Our job is to make you pioneers, not guinea pigs. 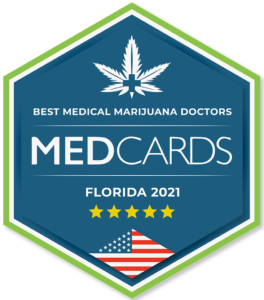